We live in a wonderful world that is full of beauty, charm and adventure. There is no end to the adventures that we can have if only we seek them with our eyes open. ~ Jawaharlal Nehru ~

We moved from Canada to Panama almost two and a half years ago.  When we first arrived almost every day was an adventure.  Many of the mundane things that we take for granted in North America are often excursions into the unknown in Panama.

Now that we have been here a while, not everything that is an adventure is hazardous or exciting but it is usually what we would call “interesting”.  We learned early on that we needed to adjust to Panama; Panama was not going to adjust to us.  When we embark on an adventure we do it with less trepidation and mucho más paciencia.  Like they say on the Starship Enterprise we’ve been forced to “Boldly go where no man has gone before.”  Admittedly that is stretching the truth a bit, we have been lucky enough to occasionally rely on the knowledge and adventures of those who have gone before us.

Moving to the campo of Panama to embark on this adventure and leaving the familiar behind us was a leap of faith, something like this mural in Casco Viejo. 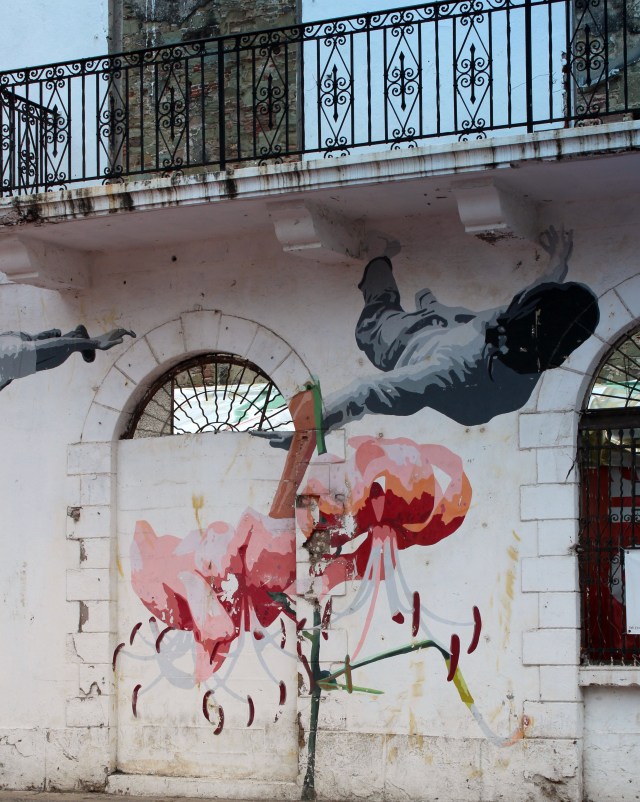 I'd love to hear from you! Cancel reply

Some stories just want to be told: healing and wholeness in everyday life

A dog and cat in clothing. Puns. Travel. Bacon. Not necessarily in that order.

Photography, fiction, humor, opinions, and whatever else I feel like posting

Spreading the dirt, which I live close to

Insanity at its best!

The Art and Craft of Blogging

Musings of an old guy

The Thoughts And Travels Of A Geezer On A Harley ……………………………………... Looking at the World Through Teenage Eyes, But With The Cunning, Guile and Wisdom That Comes With Age!

My little corner of Panama

Blog about our adventures as world travelers and expats living in Colombia.

No Particular Place To Go

We're retired US expats with a yen for new horizons traveling since 2012 and currently based in Portugal.

Travels Inward and Out

To Turkey & back; adventures in life, romance, heartbreak & seeing the funny

The Beauty Along the Road

Discovering Beauty in the small details of our lives

Living It Up in Ecuador

This WordPress.com site is about our life and experiences after retiring in San Clemente Ecuador

Meet You In The Morning

I love going new places, sharing, and encouraging others to travel!

Becky says things about things and other things

Living On A Small Boat

And everyone says, "You're Moving Again??"

This blog is our way of taking you all with us on our awesome adventure! Come on! Let's go!

in the Dominican Republic

Kris's blog, about retirement in Panama, and other various adventures